In April the PRSB held its first all day tweet chat, to consult patients, the public and carers on their concerns around COVID19 information sharing, as well as the impact it was having on their wider care and plans. More than 40 people took part in the chat, which was split into three key sections. During the morning we asked people about the information they had received about the SARS-Cov-2 virus and COVID 19, the disease it causes. We also asked about the impact of the virus and people’s concerns. Over lunchtime we teamed up with charity Mission Remission to ask people how their current care was being affected, how they were managing with new modes of communication (for example phone consultations) and any issues they had been having with information sharing about their care for other conditions during this time. Finally in the afternoon, we teamed up with Compassion in Dying to discuss end of life care information and how people felt the crisis was impacting this.

Section 1- the impact of sharing information on coronavirus

Information on the coronavirus has been emerging since January this year, when the outbreak became widespread in China. One of the key issues to be reported by healthcare professionals is the impact it has on people with underlying health conditions. The NHS has since determined various levels of risk that the virus poses to a person, depending on the underlying conditions they are living with.

One clear issue that chat participants brought up was that the level of risk was not clearly communicated to patients through healthcare professionals. While those in the ‘shielded’ or most at risk group received a letter and text from the government, many had no notification until long after the pandemic had begun. Others were notified that they were at risk despite no longer being on the drugs that would put them in the shielded category. Overall, respondents felt there was a lack of clarity and consistency on the advice given, and that they had been forced to rely too much on media reports for advice.

In addition, there was confusion over what “risk” really meant and how it should be determined. One contributor said her diabetic husband received no information from any healthcare professionals, others raised concerns that there was a lack of information for those in medium risk groups. There was also a lack of information around how comorbidities could interact, and whether this raised the risk for people living with more than one condition. People felt that inconsistency around information sharing had had a knock-on effect on the support they’d had during the crisis. For example, while most people from shielded groups said they were getting regular deliveries, those in medium risk groups were anxious about being unable to secure delivery services.

Though some contributors noted that the information on risk is still evolving, they felt it needed to be communicated clearly and earlier on during the pandemic to give people the option to isolate earlier. Information has been shared through NHS Digital to clearly define risk groups, but it was clear from the Twitter chat that not everyone was aware of this information. Some suggested that clinicians had the information about whether patients were at risk, but not the means to communicate this widely. There were also concerns about the existing state of records, and how lack of sharing could potentially impact care if someone were admitted to hospital during the crisis. One contributor felt that poor and siloed medical records also made it harder to define risk, because the information about a person’s care could not all be found in one place. It may also make it harder to analyse data on risk factors and associations between different conditions, and previous medications following the crisis if medical records are not joined together.

For this section of the chat, we were joined by Mission Remission, a charity that supports cancer survivors. Teaming with a small independent charity enabled us to reach a wider audience of citizens engaged with their own health. As well as cancer survivors, we were also joined by PRSB supporters and those who had shared thoughts during the morning session. One of the key themes that emerged was the huge anxieties that people had around lack of access to treatment, this included people who were currently undergoing care and those who were healthy or slightly unwell, but felt worried about the impact on basic tests and care. The majority of respondents said there was little clarity on what had been impacted and when services were likely to resume, which left them feeling unsettled and concerned. Contributors felt as though they had not been properly informed why some treatment could do ahead and other types could not. (Eg vitamin B12 injections). In addition to delays in cancer treatment, some people also raised concerns about the differing speed at which online prescription services could be accessed. For example, while one person was able to get a same day prescription, another waited a week. For cancer survivors with additional conditions that had been caused by their treatment, there was concern that they would struggle to get help for things that were being mainly self–managed by the patient. For example, due to lockdown some people were unable to access therapies they would usually use outside the NHS and felt that if their condition worsened, there might not be the right information to support them.

Contributors agreed there was a lack of information around safe divisions in hospitals and where they should seek medical help if needed. There were concerns around how referrals were being made and the risk of delayed/postponed appointments, tests or treatment getting lost in the system during the crisis. Would they be properly picked up? Coping with the backlog after the initial peak was a key issue for many, who wondered how systems would manage.

Some hoped that an app for contact tracing and testing COVID patients could help systems get moving again, but that they would need to be sure this was safe and secure before they’d trust it. There was also the suggestion that local councils could manage information about COVID cases, which might be easier than taking a national approach.

Generally people remained positive about phone appointments with the GP, after overcoming their initial fears and nerves. However, while most felt it worked well for minor issues, they did not feel it was a good alternative for those with cancelled hospital appointments, those who needed physical support or those with additional needs, such as hearing difficulties. Patients felt they did not want to have a phone consultation “for the sake of it” if they could not get the support they needed.

In the past few weeks, numerous articles have been published in the media about the impact of the virus on people with long-term conditions. A report by the BMA highlighted incidents where it may not be appropriate to offer invasive treatment if an elderly or very unwell person develops COVID-19. End of life care conversations are not new, and people should be able to discuss these issues with care providers in the right way. Due to the speed at which the news around COVID-19 disease is changing and the impact it has on services, some of the communication around the issue seems to have broken down. Twitter contributors flagged this as a key fear, particularly the media reports (and fake news) they had seen about people with certain conditions being less likely to be offered treatment. Some people said they felt “disposable” and that they would be concerned about seeking help with virus symptoms. Others felt that it was an important time to have the conversation about end of life care, but that it needed to be done sensitively and at the right time. One person expressed concerns that her voice was not being listened to because she was not “old or sick enough”. She also felt that due to the nature of reporting around underlying conditions, she lacked the confidence to discuss her needs with professionals and the trust in them to carry out her wishes. (She felt ‘expendable’). We partnered with Compassion in Dying to answer some of the concerns around these issues. The organisation was able to dispel myths around ‘Do not resuscitate’ orders which have been circulating online. Some felt that the NHS had not been doing enough to explain care processes to people, and they were left to form their own opinions based on media reports.

In addition to patients feeling disposable and lacking key information on what they should do if they become sick in a high risk group, there were concerns about the wishes of people who already had advanced care plans in place. (These often include ‘do not resuscitate’ forms.) Some people worried that these might not be properly transferred during a pandemic and that people might be subjected to treatment they did not want. There was a strong feeling that information sharing around this needs to be prioritised and done in a sensitive way.

We rely on the views, feedback and ideas of those who have used health and care records to make our standards and this nursing records project is no different. Remuneration is available for focus group attendees at £25 p/h. Email info@theprsb.org to book! @little_emmabird
1
PRSB

The aim of the standard is to improve and standardise nursing records by improving the structure and content of info populating records, which will enable sharing between teams and organisations and help people to navigate their own records. @NHSX @NCFCareForum
PRSB

The PRSB have been commissioned by @NHSX to develop a nursing records standard On 7th Oct, we are holding a focus group with people who have used health and care services to determine what info should be included in the standard. Email info@theprsb.org to book @theRCN @TheQNI
PRSB

RT @digitalhealth2: ICYMI this morning - @ProfRecordSB has officially launched a scheme to help support the adoption and implementation of… 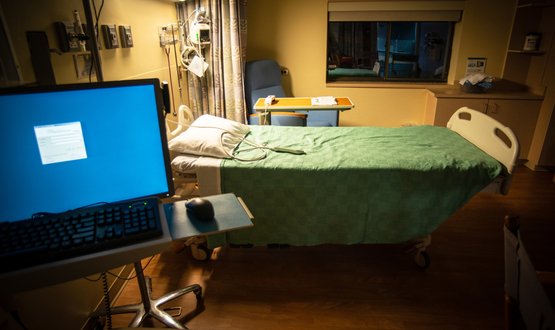 RT @Maureenprsb: Our Partner Scheme @ProfRecordSB is going from strength to strength. Read all about it @digitalhealth2
1