Members heard from a variety of exciting speakers at the most recent Advisory Board meeting, and great enthusiasm was expressed for PRSB’s 2022 work programme. PRSB was delighted to welcome Simon Bolton, Chief Information Officer at NHS England & Improvement, who gave a comprehensive overview of the events and actions of the last 12 months as well as priorities for digital in the next year. Simon outlined some key areas for improvement including collaboration and identified the NHS App as a successful step forward in personalising care as people are given easy access to their information in a way not previously possible. Members discussed how the success of the NHS App could be built upon to provide support for people to take greater control of their information and care.

Following Simon, Kelsey Flott, Deputy Director of Patient Safety and NHSX and National Clinical Informatics Service Scotland’s Iain Bishop both spoke to members about the digital patient safety. NHSX’s Digital Clinical Safety Strategy, Kelsey outlined, aims to identify and promote the use of digital technology as solutions to patient safety problems as well as improve safety in digital technology in health and care. Kelsey said there was much excitement for best practice and guidance portals to show what good looks like when it comes to digital safety and her team are working hard on developing more of this. Iain presented on the journey for NCISS in approaching clinical safety from the grassroots, without the same national structure as in England, and shared the blueprint for Scotland’s future national clinical informatics service, which PRSB will be sure to keep you updated on. You can read PRSB’s response to NHSX’s Digital Clinical Safety Strategy, which came out in September 2021, here.

The Advisory Board also heard from PRSB’s Director of Transformation and Delivery, Oliver Lake, who gave an update on our work programme, with particular attention given to our work on developing a standard for a digital version of an anaesthetic chart and perioperative data set. Southwark GP Dr Neel Basudev gave an update on the PRSB’s diabetes standards project. Dr Basudev is clinical co-lead on the project and explained that PRSB is developing two diabetes standards: firstly for information that should be shared in a person’s care record and second a standard for sharing self-reported data from remote monitoring devices. PRSB’s Head of Partnerships, Becky Hughes, gave an update on the Standards Partnership Scheme and welcomed several new suppliers since the last meeting, including TPP and Graphnet.

PRSB’s Director of Strategy, Comms and Engagement, Helene Feger, asked our member organisations for their view on what should be included in PRSB’s strategic objectives for 2022-23 and priorities for standards development. She emphasises the need to ensure that our priorities

align with the strategic priorities of Scotland, Wales and Northern Ireland as well as England. For more information, get in touch at info@theprsb.org.

.@ukfci are leading consultations on @NHSTransform’s new standards and interoperability strategy, and are looking for feedback from a wide range of voices. Find out more: https://t.co/kGdC1JpIgj
1
PRSB 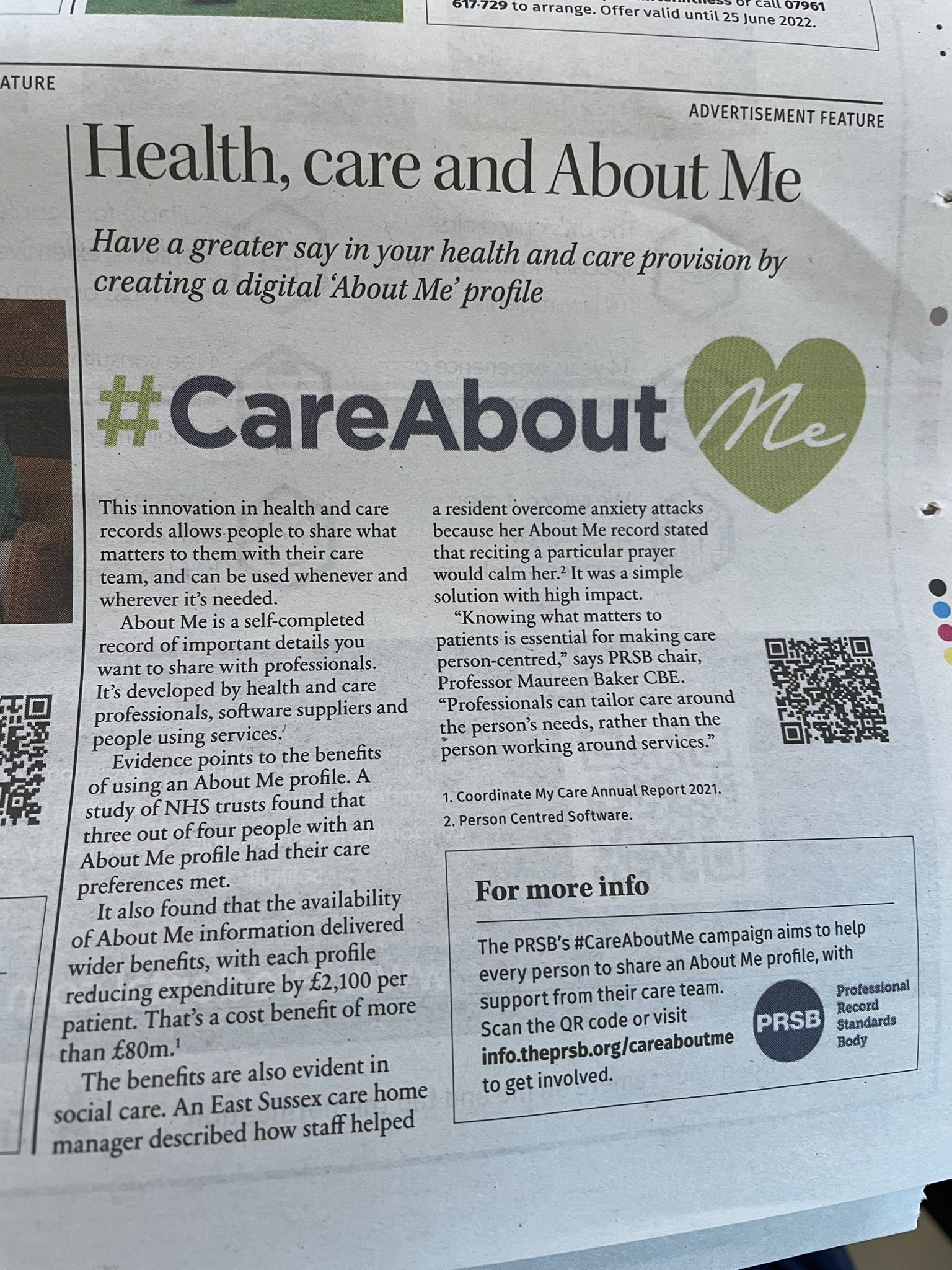 ‘About Me allows for a person’s preferences to be digitally transferred to care providers, giving them the confidence that they have all the information they need.’ @NCFCareForum CEO @vicrayner is supporting the #CareAboutMe. Find out how you can too: https://t.co/VVV9II0gfR https://t.co/DRIW5oH198 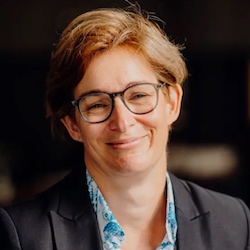 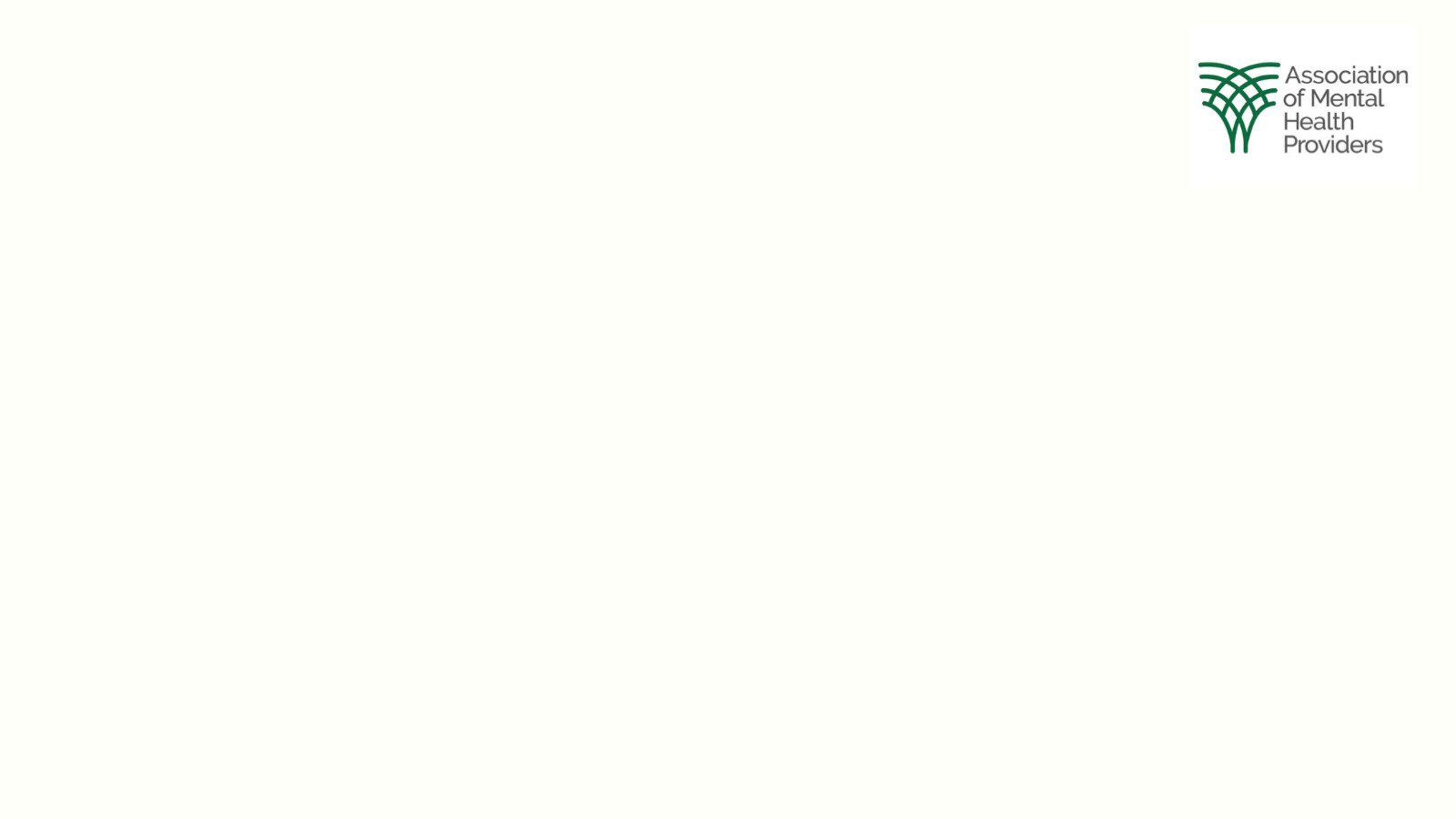 Welcome! Fantastic to have you on board. https://t.co/KqnajEpT9f
1